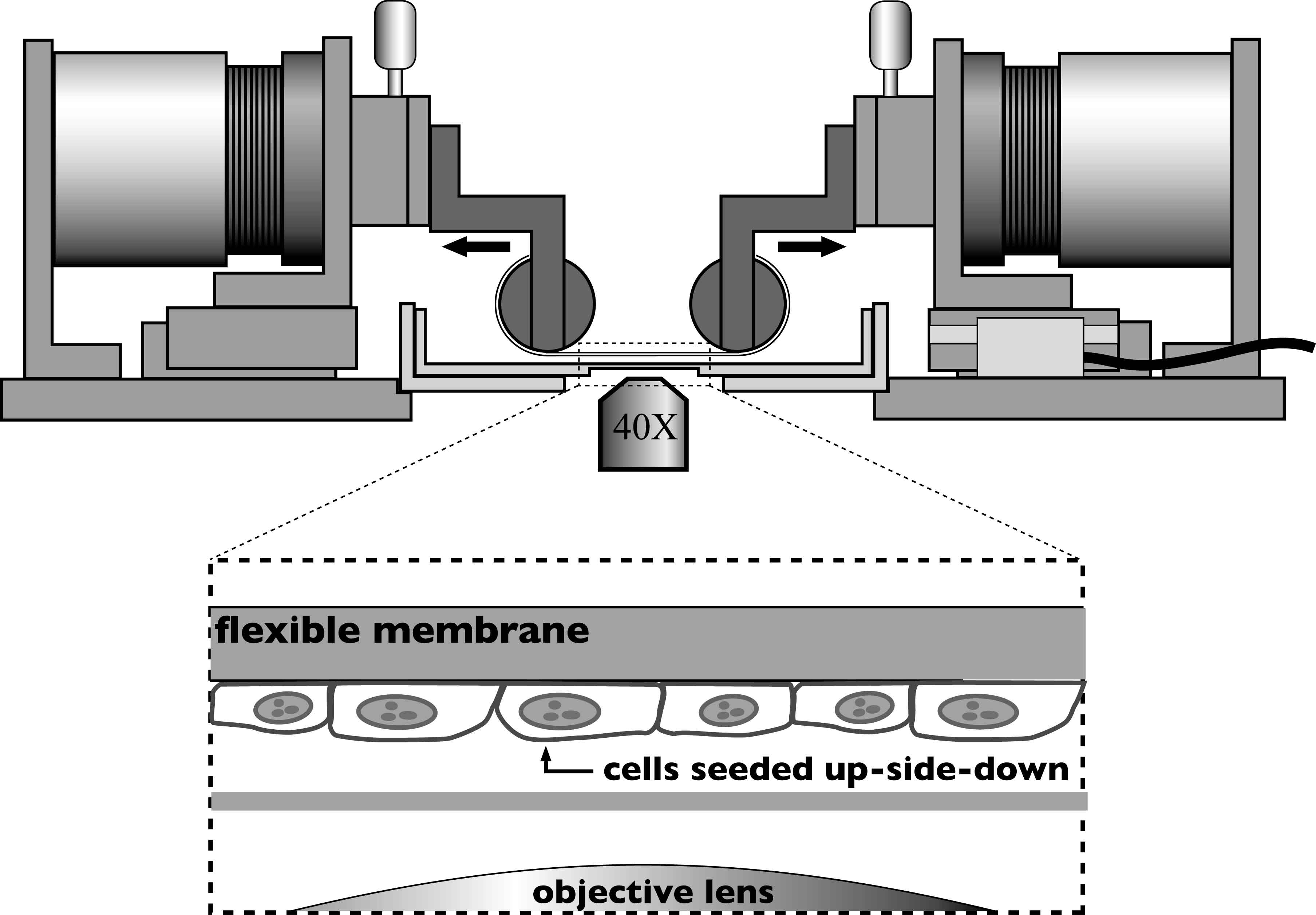 Schematic view of the cell stretching device. Cells are seeded underneath the flexible membrane to minimize the distance between the cells and the microscope objective and, therefore, enhance image quality.

Each voice coil motor can be controlled independently to create complex strain fields in the suspended membrane. 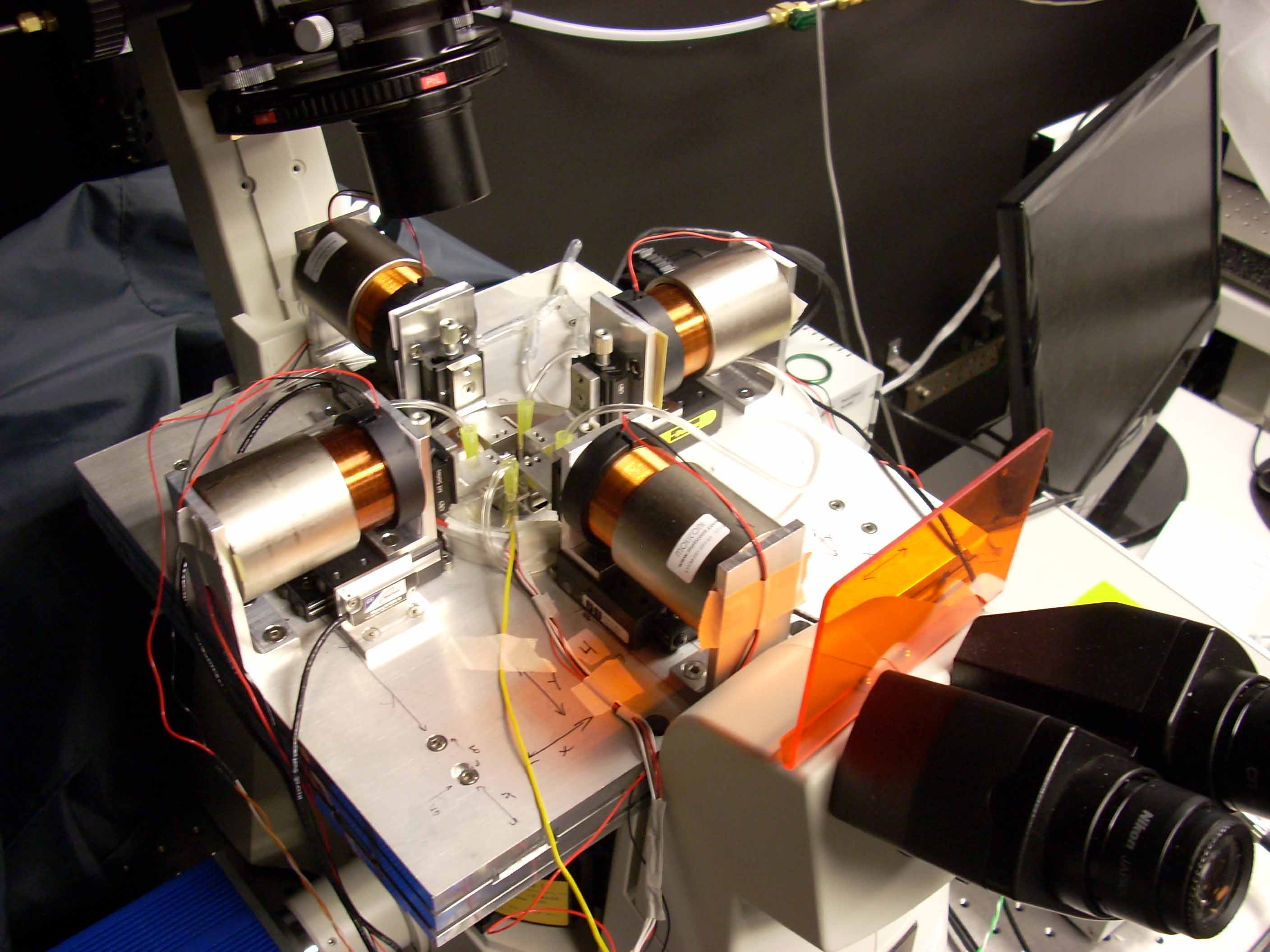 This cell stretching device allows inducing deformations in a flexible membrane along two orthogonal directions and in an independent manner. As a result, it can induce dynamic and anisotropic deformations in cells while imaging in real-time their response using an inverted microscope.

Assessing the mecanical behavior of the cell nucleus

This device has been used to investigate the mechanical behavior of nucleus in epithelial cells (Madin-Darby canine kidney; MDCK) exposed to substrate deformations. The shape and mechanical properties of the nucleus in cells are becoming recognized as important regulators of gene expression and transcriptional activity. In this experiment, cells were stretched by 25% along two orthogonal directions, which demonstrated the anisotropic properties of their nucleus: the minor axis of the nucleus deforms significantly more than the major axis.

TOP ROW: Phase contrast images of a monolayer of MDCK cells. The same group of cells is stretched by 25% horizontally and then vertically to assess the deformability of their nucleus along both axes. BOTTOM ROW: Nuclei are stained to optically isolate them in the monolayer, which allowed measuring the deformation along their minor and major axes.

It known that the substrate deformations are transmitted to the nucleus using the cytoskeletal proteins such as actin, microtubules, and intermediate filaments. Several drugs were used to depolymerize actin and microtubules to quantify the contribution of these structural proteins to the transmission of the deformation from the substrate to the nucleus. This experiment have shown that microtubules are essential to protect the nucleus from deforming during cell stretching. Also these results and the work of others lead us to speculate that these cells may regulate their sensitivity to microenvironmental strain by altering actin and microtubule organization and in turn, anisotropic deformation of the nucleus.