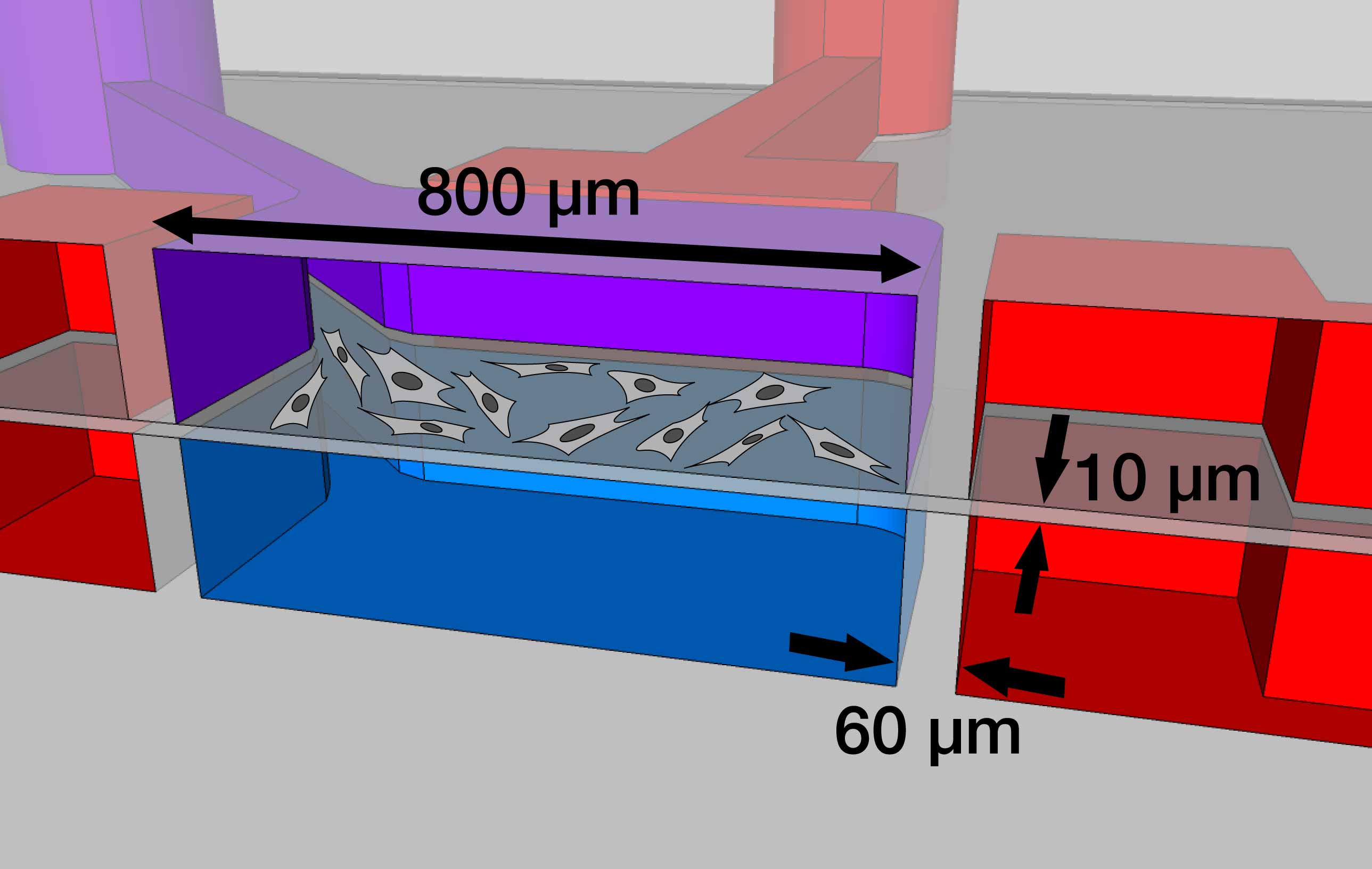 All vacuum chambers can be controlled independently to induce complex biaxial strain fields in the suspended membrane.

Fluorescent beads are embedded in the suspended membrane to monitor in real-time the membrane deformation. 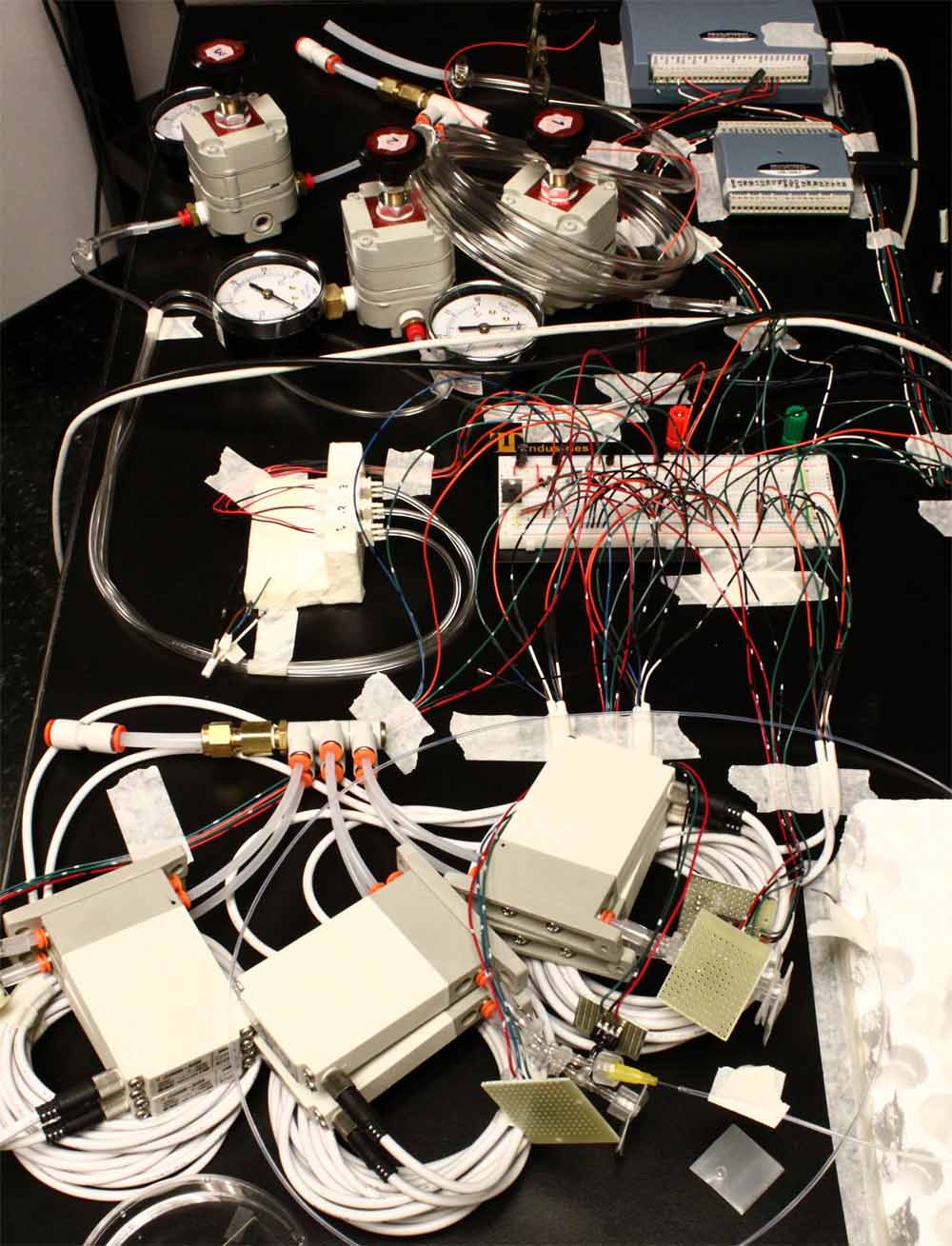 Behind this 1 mm by 1 mm stretching device there are computer-controlled vacuum and pressure regulators, pressure transducers, solenoid valves, acquisition cards and a lot of wiring and tubing. 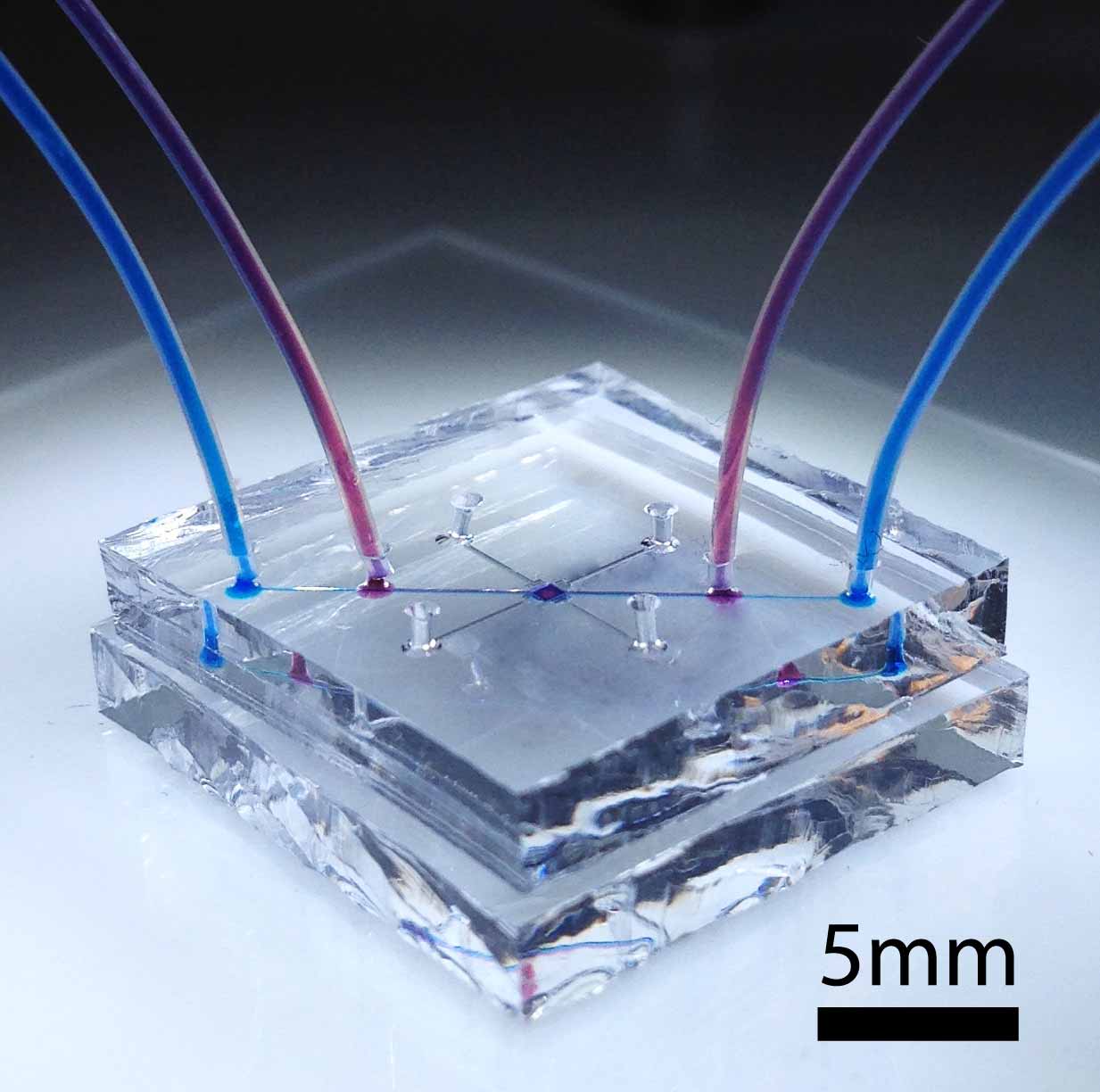 In this project, I built a cell stretcher with the same capabilities than the biaxial cell stretcher but 300 times smaller (see picture on the right). After performing numerical modeling and fabricating numerous prototypes, I was able to fabricate a device that can induce a deformation of 20% in a 10 μm-thick PDMS membrane measuring 800 μm by 800 μm. This new version allows culturing cells for more than 36 h during which the long-term effects of substrate deformations on cells can be investigated.

To demonstrate the performance of the device, fibroblast cells were seeded and cultured in the stretching chamber overnight. Cells were then exposed to an uniaxial cyclic stretch for 8 hours with an amplitude of 20% at a frequency of 0.5 Hz. After 8 hours, cells were exposed to a uniaxial cyclic stretch in an orthogonal direction for 16 hours with the same amplitude and frequency. As expected, the cells changed orientation. This experiment shows that cells responded to stretching and that they can be kept viable into the microfabricated cell stretcher for more than 36 hours.

Sequence of images showing cell alignment in respect to the stretching direction. 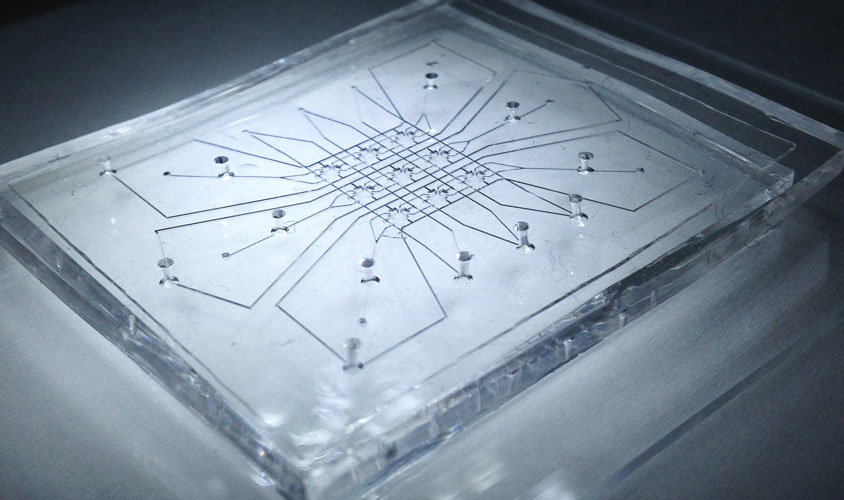 The motivation of miniaturizing the biaxial stretcher arises from the desire to test multiple experimental conditions at once. Following this thought, I started working on a design that would integrate multiple microfabricated devices on the same chip. As shown on the right, it has been possible to integrate 9 cell stretching devices that can be controlled independently using a network of microfluidics and vacuum channels for cell delivery and membrane deformation.